Peninsular pronghorn are the world’s second-fastest land mammals after cheetahs, able to run at speeds up to 60 mph. But they are also critically endangered, with fewer than 500 left in their Baja California, Mexico habitat. Over the past 100 years, the population of this antelope subspecies has dropped by 80 percent. Reasons include a loss of habitat, building of fences and roads that limit their movement, lack of water, removal of native vegetation in their habitat, and illegal hunting. At one point, scientists believed only 170 peninsular pronghorn were left on Earth.

San Diego Zoo Wildlife Alliance is participating in a project to help increase the number of peninsular pronghorn, creating an assurance population and supporting this subspecies in Mexico. One part of that project is to help hand raise peninsular pronghorn fawns that were rejected by their mothers or are in need of special care, at the 155,000-plus-acre El Vizcaino Biosphere Preserve near Guerrero Negro, Mexico.

These very small, young pronghorn are extremely vulnerable to predators, such as coyotes and crows. Wildlife care specialists from San Diego Zoo Wildlife Alliance and other zoological institutions have joined with wildlife care experts from Mexico to help hand raise the fawns—bottle-feeding them several times a day, weighing them, assessing their overall health, protecting them from potential predators, and making sure they grow up healthy.

Some of the young fawns that are being raised here will stay in the reserve, and some will go on to live in managed care in Mexico and the US. Today, there are more than 400 peninsular pronghorn at the reserve. This project is providing a healthy assurance population of peninsular pronghorn to help increase the total numbers of this species, so that more can be eventually be reintroduced into wild habitats. In its race for survival, the speedy but scarce peninsular pronghorn can use all the help it can get. 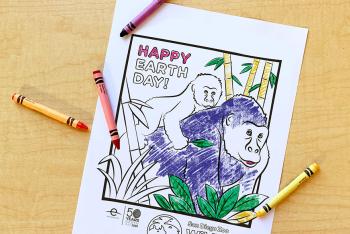 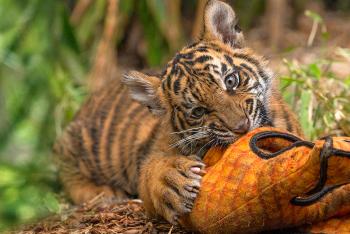 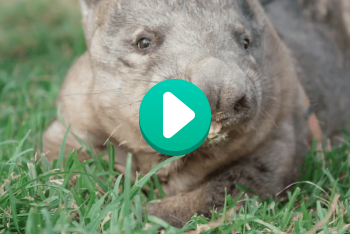