When you visit the San Diego Zoo and San Diego Zoo Safari Park, you can see animals from all over the world. But did you know there are lots of cool critters that live right here in Southern California? We share an environment with some amazing creatures that fly, walk, run, hop, and even swim!

Look up, and you might see an Anna's hummingbird. Think those wings move quickly? This little bird's heart beats over 1,200 times per minute! Another winged wonder in our midst is the red-tailed hawk. When it isn't soaring in the skies, the red-tailed hawk can sometimes be found making big nests—up to 3 feet across—for its babies. "Who" is another avian local? The great horned owl, which is also called the "cat owl" or the "tiger owl." If you travel to parts of California, Arizona, and Mexico, you could see a California condor, which plays an important role in the ecosystem by eating dead things!

Animals that are ground-bound like we humans are all around us, too. You share the region with North America's only marsupial, the Virginia opossum, and the North American raccoon, which has fingers that are more nimble than a lot of people's! The not-so-sweet-smelling skunk is another neighbor, along with the lively, picnic-crashing ground squirrel.

style Larger regional residents include mule deer, with their long ears and big eyes, and the coyote, the howl of which you probably hear much more than you see the animal itself. Another local, which you probably would also rather hear than see, is the mountain lion, which is also called a puma, cougar, or panther. Scuttling around on the ground, probably right around your backyard, is the alligator lizard. If a predator latches onto this lizard's tail, the tail comes loose and the lizard can escape to safety. One of the alligator lizard's reptilian relatives, the rattlesnake, also can be found in our region. While they do have an important job with rodent control, these snakes should be avoided.

At home in the water

Some of our animal neighbors prefer the water as a home. The California sea lion likes to live in the Pacific ocean and on its rocky beaches. And the mountain yellow-legged frog, an endangered amphibian, hops around lakes, ponds, meadow streams, isolated pools, and sunny riverbanks.

So as you can see, we aren't the only ones who love living in California. And we need to remember to share resources with our neighbors. 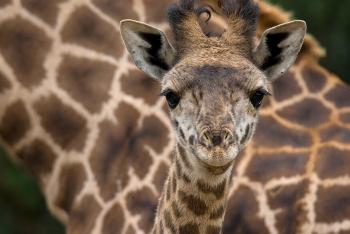 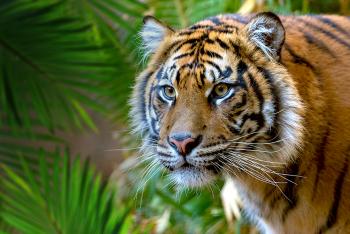 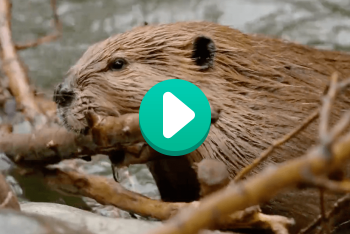