There’s a “beary” cute new resident at the San Diego Zoo! In the early morning hours of January 8, 2020, Alba the Andean bear gave birth to her first cub. The wildlife care specialists that had been watching over Alba knew she was going to have her baby soon, so they kept a close eye on her. One of those experts, Hali O’Connor, says that Alba was building her nest and paying a lot of attention to her den—like she knew she would need it.

The wildlife care specialists had a camera with a microphone in the den, so when they watched the tapes of what happened in the den overnight, they could listen for baby sounds. They saw Alba cuddling something to her chest, heard little noises, and sure enough—she had a tiny baby!

In late April, 2020, Alba allowed the wildlife care specialists enough time for a quick exam, and it turns out the cub is a boy. He was named Agapito, which is Spanish for “beloved” and boy, is he! Hali says Alba is a very good mother and pays close attention to her baby. At first, she was a little bit of a “helicopter mom,” watching his every move. As he got older, and a little bigger, Alba began letting him wander a bit. Hali says Agapito is an adventurous cub, exploring and putting everything in his mouth—just like a human toddler. He copies his mom, helping her gather bedding. He loves water, and is learning about different types of food from his mom. He’s still nursing and not eating much, but enjoys sampling—and sometimes plays with his food—running off with larger items like pears. Yum!

Agapito “talks” a lot by humming and cooing loudly. Alba coos back and they have long conversations. Agapito even gets to see his dad, Turbo, through a viewing window (father bears don’t live with mom and baby). Alba brings Agapito to the visiting panel to show Turbo (it has holes so the bears can see and smell each other). Alba is protective of her cub, and she “huffs” at Turbo to tell him he needs to mind his manners and stay away. But, she knows the panel keeps them separate, so she allows some visitation.

Because Andean bears are very good at hiding in their habitat in South America, very little is known about mother and cub interaction. By observing Alba and Agapito, our wildlife care specialists hope to learn about what goes on in the Andean forests, and how this information can help conservation efforts there. Agapito is still a little bear, and he’s already helping Andean bears everywhere! 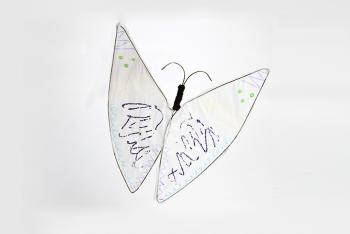 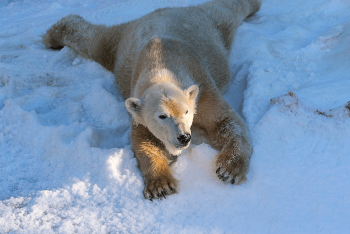 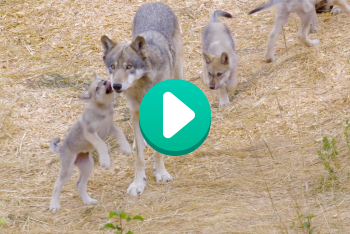